January 16th will mark the latest crescendo of Calvin Kattar’s career as a professional mixed martial artist. Fighting out of Methuen, Massachusetts, the man formerly known as “The Boston Finisher,” will oppose Hawaii’s Max Holloway, in what is all but guaranteed to be a back-and-forth affair. Before the fight, get to know Calvin’s feelings on the matchup, his pre-fight routines and even his thoughts on Floyd Mayweather Vs. Logan Paul.

Q: Jan 16th, you’re fighting another striker in the former champ: Max Holloway. Is there a little bit of added excitement for you knowing you’ve been given a guy who’s willing to stand and bang?

Calvin: It’s not so much that he’s willing to stand with me, but what he represents. You know, he’s one of the best fighters to ever do it [at 145 lbs]. And it’s going to be a great win to put on my resumé.

Q: You were the favorite against Jeremy Stephens and against Dan Ige, against Holloway you’re a slight underdog. Does that add any motivation, does it piss you off, how’s it make you feel?

Calvin: I like being the dog, it’s what I’m used to. I’ve been an underdog my whole life. And going against Max it’ll be no different. One thing they better not do is count me out.

Q: What’s your mindset like when you’re about to make the walk to the Octagon? Are you anxious?

Calvin: I’m aware of what’s going on. But I’m also aware that all the pressure is eternal. And I can dial it higher or lower myself. Understanding that it’s all eternal pressure, you’re able to control the dial more. I like to keep it at that point where I’m not flat going into this big fight, but I’m not over the top either. So I find that happy medium, and I go out and compete.

Q: What do you listen to backstage, other than Tom Petty?

Calvin: First and foremost I like to listen to Tim Grover, his book “Relentless.” I listen to that for about a half-hour to 45-minutes or so, kind of pre-music to the event. [Grover] just tightens the bolts in my head, gets me real headstrong, mentally tough. And then I throw on some music and get a little swag going before I go out there. 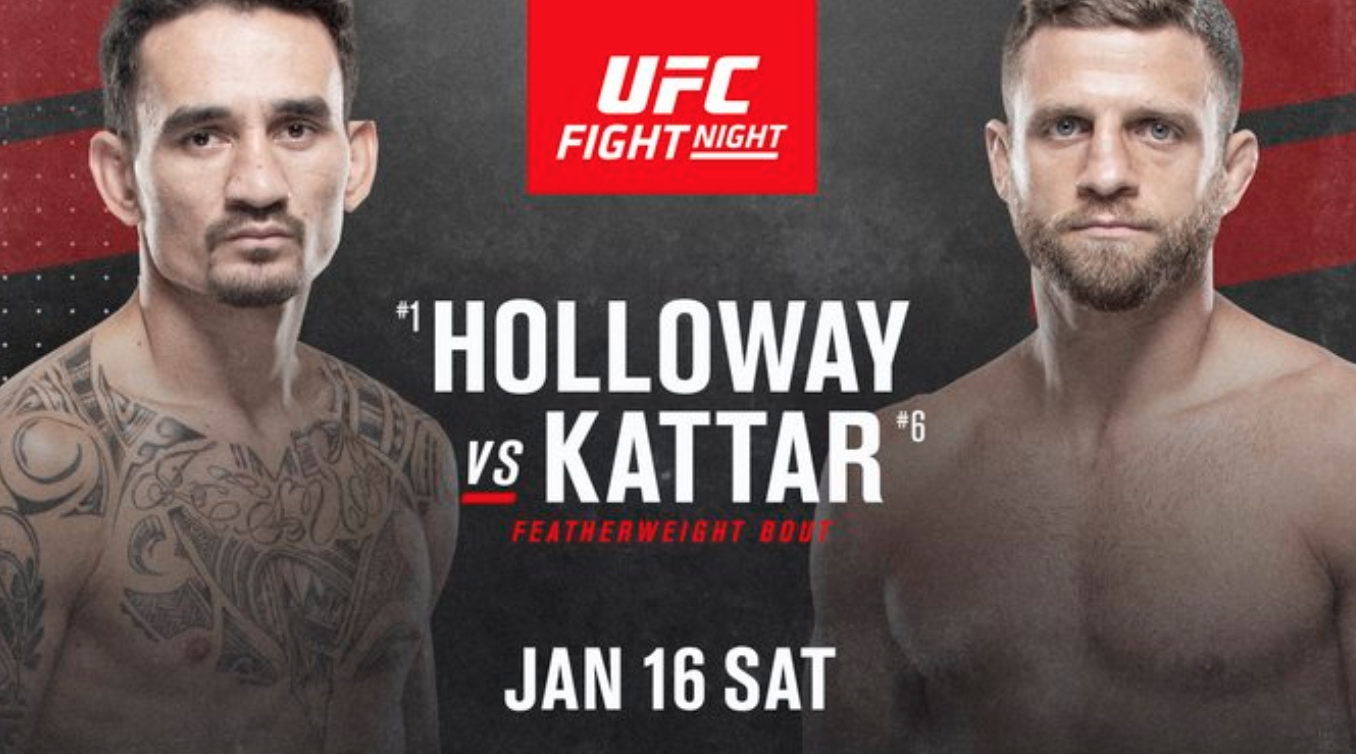 Q: What kind of advantages do you and Rob Font get from training with traditional boxers?

Calvin: No one really punches like the punchers, the combinations, the speed, the power, the accuracy and timing… They do it better than anybody else with the hands. So, [New England Cartel] try to dissect the striking. It only makes sense to work with the boxers when we’re trying to land those big shots accurately.

Q: What happened to your aggressively Boston nickname: “The Boston Finisher?"

Calvin: It’s kind of funny. [Tyson Chartier] and the guys I train with were talking a little shit, calling me the “Boston Decisionator,” because I hadn’t gotten a finish in a while. But then when I had that fight at the TD Garden, I was like shit I better get a finish, with a nickname like “The Boston Finisher.” But we didn’t come up with the nickname. I had fought a guy from New York and his nickname was “The New York State of Mind,” and they wanted to do a Boston versus New York thing, so they gave me the name. One that I really like is one that Mickey Ward gave me: “The Mingya Valley Kid.” I almost stuck with it but it’s too long! But, I’m not really a big nickname guy. I go out as “Calvin Kattar,” I’m proud of it, and it gives people more reason to remember the name.

Q: When you go on Twitter and see people who have dedicated an entire social media page to you, what is that like?

Calvin: “It’s pretty wild, it’s inspiring to get people from all around the world sliding into the DM’s and sending messages and positivity, saying they’re big fans. Some of the fan mail we get is pretty cool. One [fan] sent my mom a topps card [of me], and said ‘this one is for you to keep.’ She was actually dying to get her hands on one, so it was cool that the guy sent one over. It was thoughtful of him… it’s pretty cool to interact with fans, I’m trying to get better at it. On Sundays I try to do a little Q&A on Instagram.”

Q: How does it make you feel when you see a guy like Logan Paul getting ready to take on arguably the greatest boxer of all time in Floyd Mayweather?

Calvin: It’s pretty crazy man, hats off to him for landing the fight, that’s like winning the lottery. I try not to hate, but I did talk a little shit on my social media. I didn’t realize that Nate Robinson picked the fight with [Jake Paul]. I don’t like the bullying of an NBA guy, then all the sudden you think you’re this-and that… But hey, the kid’s 23-year-old and he’s talking passionately about being the next biggest fighter out there. I respect people with big goals and ambition going out there and just trying to prove people wrong, but… [Logan Paul] going up against Floyd is a bit of a circus. But every now and then I’ll buy a ticket.

Q: Who’s the most stereotypical New England guy out of you, Rob Font and Tyson Chartier?

Calvin: I’d say me! Rob’s got so much Florida in him, he’s too smooth. But he’s got that dumpster side to him, so he’s got some New England in him, too. “Bobby Dumpsters,” we like to call him. But Tyson, man walks around with Crocs on and a mouthguard in just to go into the gym. I don't know, I think together, collectively we have all good representation. Individually, though, it’s a bit of a shit show.”

Q: You were on the Punchlist Podcast, and you sent SHOCKWAVES through New England when you said you prefer Starbucks coffee to Dunkin. I want to give you a chance to explain this absurdity...

Calvin: I know, I know… But it’s because Dunkin ain’t sponsoring me yet! Cartel don’t run on Dunkin until the checks come in!

Calvin Kattar (6) takes on Max Holloway (1) on January 16th at UFC Fight Island in Abu Dhabi, live on ESPN+. The fight will be five-rounds in the UFC featherweight (145 lbs) division.

UFC Vegas 44 is just one day away. Listen to what Rob Font had to say about his upcoming bout with Jose Aldo.

2020 saw the continued rise of one of MMA’s hottest teams in the New England Cartel. Spear-headed by the Granite State’s Tyson Chartier—the ...

Back to New England Cartel